Never in my life have I been so preoccupied by the various rattles, clicks and pings that a car makes while in transit, but having dumped a significant chunk of our operating capital into our Hyundai Galloper, we’re on pistons and needles every inch of the journey. She doesn’t fail us and it seems will be worth every peso. The landscape slowly transforms from a warm, dry Mediterranean climate akin to Napa Valley, into sweeping lush hills. We joke, but not without a hint of believing that we’re headed into the Promised Land.
END_OF_DOCUMENT_TOKEN_TO_BE_REPLACED

The perils of moving to foreign countries for extended periods of time are many. What in more geographically and culturally familiar locales would be straight-forward, simple, and free of pain, suddenly become as probable and enjoyable as juggling eggs while running on a beach ball down a New York city street during rush hour. Neither this fact or experience is new to me, but setting up a business elevates the stakes even further.
END_OF_DOCUMENT_TOKEN_TO_BE_REPLACED

Sitting next to Geoff, one of my longest and best friends, we bound along up and out of Santiago, into the exhilarating switchbacks that ascend so rapidly they might as well be an elevator. Santiago sits near sea level and snow-capped Andean peaks loom as high as 18,000 feet not far from the capital.

Geoff and his wife Jess are on their honeymoon and have backpacked for the past month in Peru and Bolivia before coming to Chile. Their timing is less than desirable, our feet still burning from hitting the ground and having more unfinished business than a wartime president, but we’re happy to see them and suck in some adventure.
Cajon Del Maipo, or the Maipo Canyon lies just east of the city towards the Argentine border. It’s pretty and convenient for getting out of the Santiago bustle. After a nice evening barbeque in a cozy cabin we’re ready for some adventure and opt for a horseback ride. Rather than pay the entrance fee for a on-the-map nature reserve and an overpriced ride I get a contact from the cabin owner for a campesino, a true caballero that does horseback rides in the next town. We call Juan Pablo and he’ll be ready with the horses in an hour.

A bit lucky, in a matter of minutes a bus passes on the little-used mountain road and brings us to San Gabriel, which turns out to be one hundred percent off the map and looks to have no facilities.

Juan Pablo meets us at the police check point – think old west border town – and leads us to his humble but picturesque cabin at the foot of the mountains. He and his wife Carol are heading for Santiago to buy supplies so we’ll go with his good friend Luis. We make small talk about Chile, cowboys and what we’re doing at Knowmad. He realizes, as I had with a bit of trepidation upon arriving, that we’re going to ride until near nightfall if we climb to the mesa and will have no way out of San Gabriel, buses running only during the day.

I tell him I really have no idea where we’ll spend the night, this is an exploratory adventure and we’re prepared to roll with the punches. He doesn’t hesitate and offers us his cabin for the night with no mention of money. I immediately accept and am relieved to not have to tell the group we’re between a rock and a cold place and that’s how we’re going to pass the night.

Mounting up with Luis we climb thousands of feet to a mesa overlooking the valley. The air is crisp, the sky clear, the horizon vast. Returning just before dusk, Luis’s eight-year-old son unpacks the horses.

“Es major que te acompane,” he replies without being pushy, but leaving no room for disagreement.

So we’re led through the pueblo, which is really just a collection of small dwellings and a liquor store that doubles as the town watering hole, a pinto and a buckskin reined outside. We grab some wine and beer before being led on by our young companion.

He leads us through a gate and I notice a small, hand-painted sign lying on the ground shyly announcing that this house is the town market. I smile understanding Luis’s persistence – we never would have found this.

Over candle light we sip wine from the valley just south of us and devour grilled pork ribs, good friends recounting past adventures and reveling in how the day has played out. I recall my frustration at the automotriz and throughout the week, reminding myself that as in any great adventure, there will be broken toilets and radiators, but there will also be moments like this. 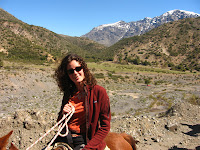 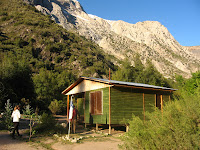 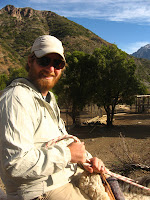 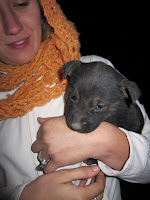 Bring history and culture together with mind-boggling wildlife encounters combining these two world-class South American highlights in one trip. Length of trip varies depending on Galapagos cruise.

We got back last night and I must say that the organization of the entire trip was AMAZING. We all loved Peru and thanks to Knowmad we even enjoyed it a lot more. Thanks a lot Jordan for everything as we had sooooo much fun. I’ll definitely recommend you to anybody that wants to experience Peru.

Bring history and culture together with mind-boggling wildlife encounters combining these two world-class South American highlights in one trip. Length of trip varies depending on Galapagos cruise.