After changing from the red to the green line we emerge from the subterranean cavern of one of the subway’s final stops in Santiago’s outskirts. No longer are there trendy coffee shops with well-dressed businessman chatting over smart dishes. The road is sparse on cars, heavy on loiterers wearing tattered clothes and stern stares. Unoccupied warehouses loom. The sharp contrast reflecting the wide gap between Chile’s emerging middle class and the still large impoverished sector is immediate.

Tara and I have trapsed across the city and checked out myriad used cars, still waiting to find the one, this the first time I wish I’d made the trip without my blond, Scandanavian featured wife.

After some searching we find the address of the automotriz and are let in the gate by the guard. The seven passenger behemouth we’ve come to check out is pretty easy to find amongst the smattering of compact cars common to South American cities. I peer into the Hyundai noticing the interior is in good shape and turn to find a saleslady.

“How is the engine?”

“Has it been crashed?”

“And what about the oil on the chasis and the ground below?”

“That’s just some mud. The car has no problems.”

She hurries off for the keys at my request. It starts sluggishly and sugary tasting liquid streams from the tail pipe. At least it’s in our price range and has low kilometers I remind myself feeling frustrated for making the trip already.

“Why is there so much water coming from the tail pipe?”

“Eso es normal,” she asserts. The engine is just cold. She hails over the mechanic, who also happens to be her husband, and as an objective party he reaffirms her diagnosis.

Under the hood I notice there’s no radiator fluid. I point it out and ask for her to get some water so we can see that there are no leaks when it has fluid.

“You don’t have water here? What about in the toilet?”

The toilet is broken, but I shouldn’t worry, the engine is impeccable assert both her sons from behind there father.
Tara’s eyes tell me to stay calm.

“Would you like to test drive it?” the saleslady asks.

“We must stay in the lot though, it’s too late in the day to go on the highway,” she reasons.

“How about you just give me your card and I’ll call you.” 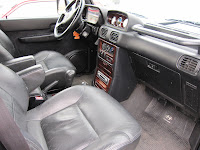 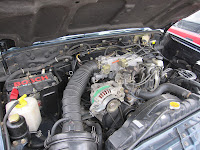 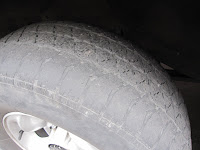 Our trip could not have been better.  You attended to every detail, no matter how small. Being met at every airport, hot tea and water in the van, all the charming hotels.  How special you made Tripp’s birthday 3 times during the day!  All our guides and drivers, the experience in Amaru and the Amazon.  And of course our guide, Harry, who really is the best! 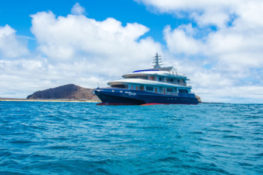 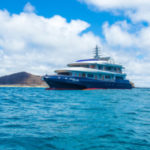