When one decides to start an adventure travel company it’s not because they envision spending sixty hours a week staring at a computer. Researching, calling, emailing, circling back, requesting quotes, revising, crunching numbers, crunching again, doing data analysis, until the day arrives that you realize you haven’t walked outside, left the desk or changed out of your pajamas and it’s ten o’clock…in the evening. And that’s when it’s time to hit the road.

It’s a huge perk; one would suspect the best part of the job, traveling to far-flung and exotic destinations as a job assignment. They may not pay as highly, but these business trips beat visiting a large manufacturer of Subway sandwich shop seats in southern Indiana to try to convince the CEO he ought to spend a couple hundred grand on quality management software, and not by a small margin.
One of our last business trips took us to a Patagonian island, Chiloe – recently made a UNESCO world heritage site – that remained isolated during Spanish colonization and retains a unique cultural identity. Chilote people are quick to smile. Ask directions and you’ll likely be accompanied until you reach your destination, before a farewell that rivals post-Christmas-eggnog goodbyes.
Although a large earthquake years ago took a number of them,  brightly colored houses stand above the tide on stilts. The ports are paintings. Their sturdy boats bulge with types of shellfish unknown in the states, the curved bows still bent by callus and ancient knowledge.
In search of the authentic and off the map, we ferry to the still smaller and more isolated Isla Achao and meet with a new company called Turismo Achao. We’re greeted by Senora Nina, her daughter Patricia, son-on-law Cristian, and nephew. They’ve received a government grant to develop tourism on the small island. Their mountain bikes shine with newness, as do their kayaks.
Going over potential routes, we bring freshly cut lamb’s wool to an elderly woman who weaves in the traditional way, her tiny frame eternally hunched from leaning over her loom. We sip tea and discuss the weather. The rains have been heavy this year, summer always comes though, she says.
We bike on feeling calm. After putting the final touches on an awesome loop combined with kayaking, we learn how to hunt at low tide and return with a bounty of various shellfish. The excitement of a new and exciting partnership is palpable in the small kitchen. We sip down the last of our seafood stew. After a long goodbye, it’s certain that what makes adventures to amazing places live on long after the return are the people you come in contact with. 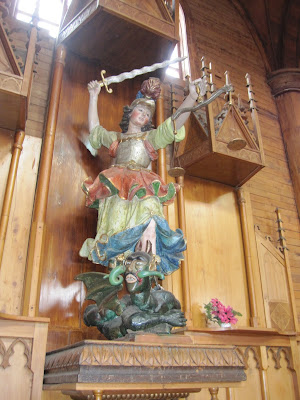 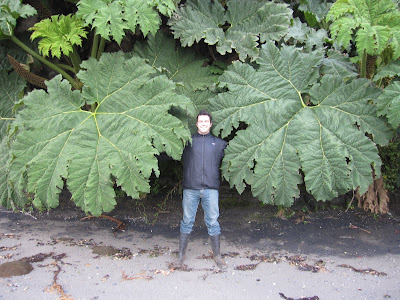 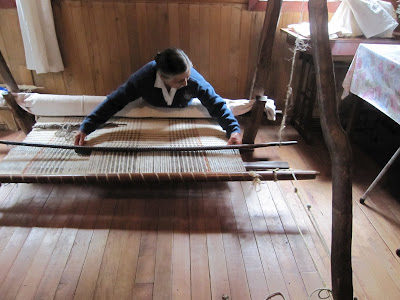 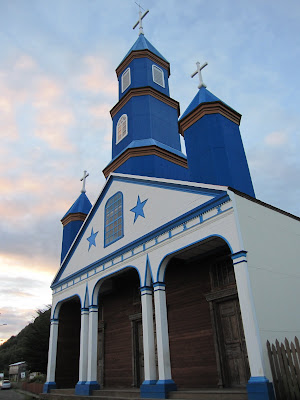 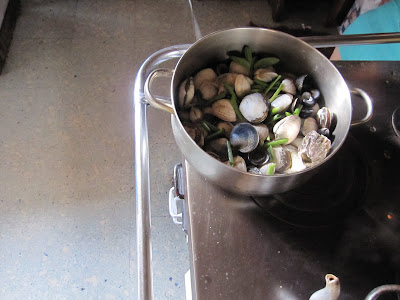 You and your team did such a wonderful job and I can’t thank you enough. Our guide, Celinda, was incredible, extremely knowledgable and passionate about the Andean people and the Incan culture/ruins. We learned more than I could’ve imagined to. We loved the picnic, the climb up Waynapicchu, Machu Picchu and the ruins tours, the cooking class and the trip to the Amaru community!